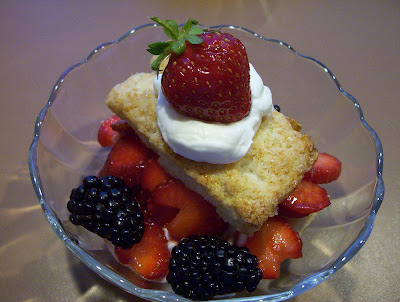 First things first, I can't believe I've been blogging a whole year already!  Last year was a little slower than I had hoped, but I think I'm off to a pretty good start for 2010.  I rolled out a new design for the blog (if it's not showing up hit F5 until it updates).  Thanks to Blogger's new designs, I was able to have a food theme.  I think my favorite post from the past year was either the Israeli Cous Cous with Grilled Vegetables (because it was my own recipe and a real winner) or Recipes You Missed from 2009 (some really great recipes that that didn't end up with their own entry).  What was your favorite recipe? 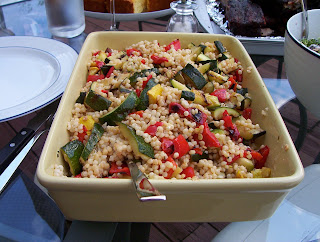 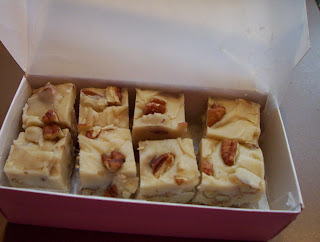 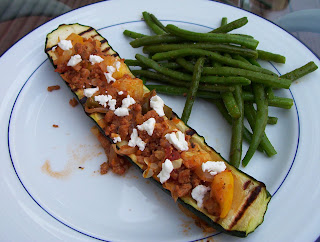 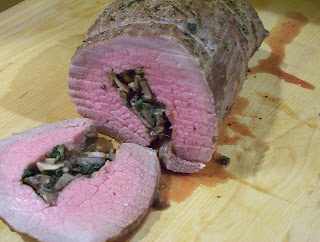 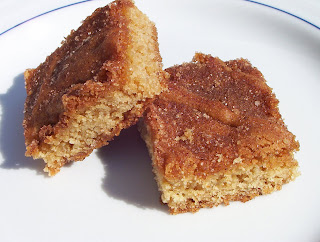 Now onto the new recipe!
With the local strawberries in full force, I've had a taste for strawberry shortcake.  It's been a long time since I've had it (years probably) so I was really looking forward to making it.  This recipe really hit the spot!  The biscuits and whipped cream are slightly sweetened and the strawberries are bright and fresh.  The perfect dessert for the beginning of summer. 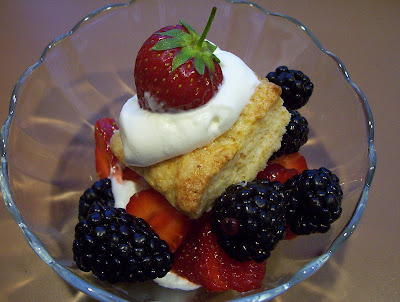 In a medium bowl, combine the strawberries and sugar.  Set aside to allow the berries to macerate. 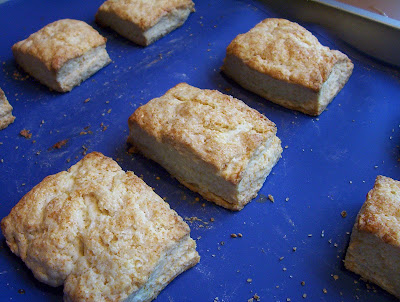 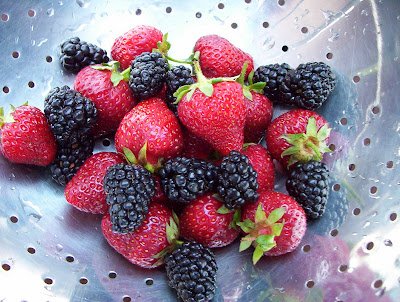 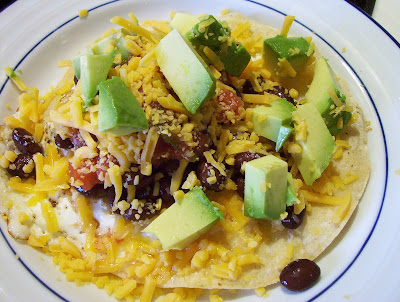 On Cinco de Mayo, I found myself on my own.  Kevin had band rehearsal, and I didn't want to go out.  I wanted to celebrate the "holiday" with a quick and easy "just for one" mexican dinner and margaritas.  Huevos Rancheros fit the bill, but I'd never had them before.  I like fried eggs and all the americanized condiments that go on top of them so why not give it a try.  I've been eating lots of fried eggs lately and Kevin is only "meh" about them so I took advantage of my dinner alone.  I accidentally overcooked my egg, because I wasn't sure when to flip the egg and tortilla over, but it was still delicious.

A few nights later I suggested Huevos Rancheros for dinner so Kevin could try them.  I adjusted the cooking time so the egg would still be runny.  Once the yolk was broken, it ran all over the tortilla and we mixed the toppings into the yolk too.  So good!  The creamy egg added a nice flavor to the salsa, cheese, black beans and avocado, but wasn't too overpowering.  Even Kevin liked it, and said that they tasted more authentic than any other mexican I'd made.  I think the corn tortillas had something to do with that, but even still, these Huevos Rancheros were muy deliciosos!

In an lightly oiled pan on medium heat, lightly brown the tortilla on both sides.  Sprinkle some cheese on top of the tortilla and let it melt a little.  Crack an egg over the cheese and season with salt and pepper.  Let the egg cook for 3-5 minutes with the pan covered, then carefully flip everything over and cook the egg to desired doneness (less than a minute for a runny yolk).  Flip everything right side up onto your plate, sprinkle with more cheese (if desired) and top with the black beans, salsa and avocado chunks.

Posted by Sarah Berridge at 8:50 PM No comments: