Recipes You Missed From 2009

Even though my last recipe post was way back in --holy crap! way back in July, I have been cooking and baking up a storm since then. Even though I take pictures of a lot of food (over half of our pics from 2009 were of food), I'm really bad about putting it here. To ease my mind about my failure to follow through, I'll post pictures and links to the original recipe for some of the food I made last year. For dinners, I do a lot of just throwing things together and voila something good happens. I need to be better at writing it down so I can put those recipes up here, that is after all, the purpose of this blog. 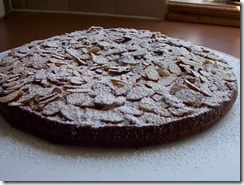 Stuffed Zucchini : I just whipped this up one night. The grilled zucchini “shell” is stuffed with a mixture of ground turkey, summer squash, zucchini, green peppers, onions, garlic and tomato sauce and topped with goat cheese. 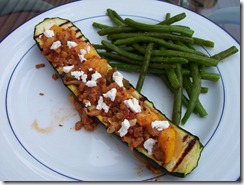 This summer I made my Mom’s Potato Salad which resulted in my first time hard boiling eggs. 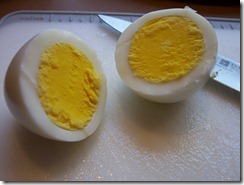 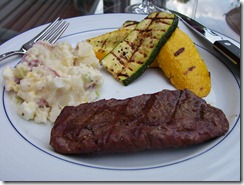 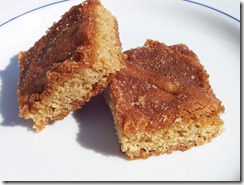 Frittata and Sage Sausage: One weekend when my parents were in town, I decided to make a frittata (my first time and I just “winged it”) with whatever veggies we had in the fridge and I mixed fresh sage into some bulk pork sausage. The hot sauce garnish added a nice flavor to the frittata. 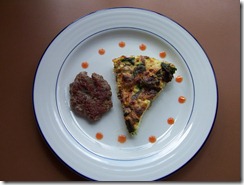 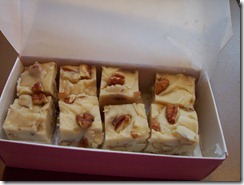 3 Layer Chocolate Cake with Raspberry Filling: I offered to make an engagement cake for Kevin's Uncle. The happy couple requested anything with chocolate and raspberry so I turned to The Smitten Kitchen's Double Chocolate Layer Cake. This is now my go-to chocolate cake recipe. I used Deb's raspberry filling instead of ganache and frosted it with white buttercream. 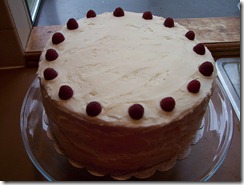 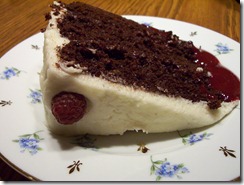 I made a Smash Cake for Sophie's 1st Birthday (Kevin's goddaughter) using the same chocolate cake but omitted the raspberry filling. This was my first time using my icing tips. It was supposed to look like a block, but it didn’t turn out as well as I had hoped. 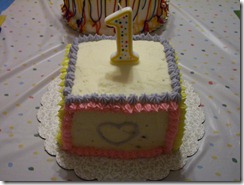 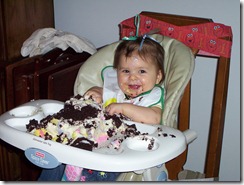 Outrageous Brownies: Half this recipe and bake in a 9x13 pan for about 25 min. 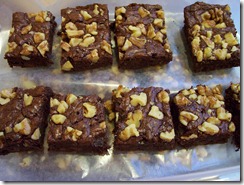 We had a Bacon Party! My sister even dressed up as bacon, luckily none of our guests tried to eat her. Avocado, Feta And Pancetta Bruschetta (FYI: rocket is arugula), Proscuitto Wrapped Figs, Chocolate Bacon Cupcakes with Maple Bacon Frosting, Chocolate Covered Bacon, Candied Bacon, Bacon Ice Cream and so much more! 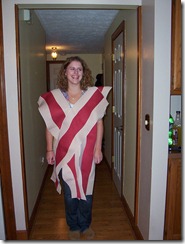 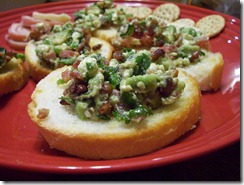 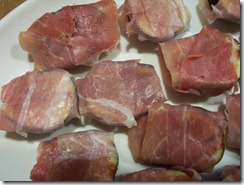 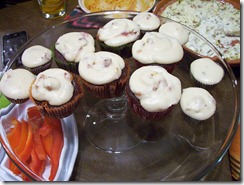 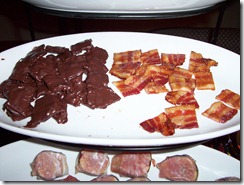 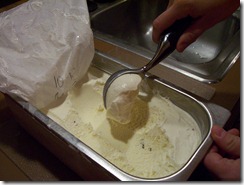 Buttermilk Biscuits and Sausage Gravy: Check out that steam! I wouldn’t use this biscuit recipe again (they were only okay), but the gravy was really good. I added a little more milk until I reached the gravy to sausage ratio I wanted. 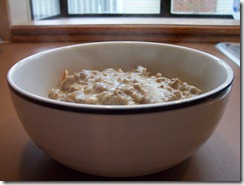 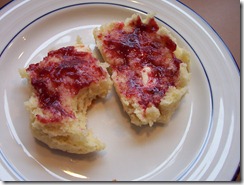 Mushroom Stuffed Roast (based on this recipe): Remember when I was searching for butcher’s twine? This was why. The wine should also be noted, Merritt Winery's Cabernet Sauvignon is our favorite red and it's under $20. 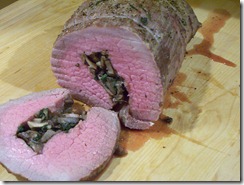 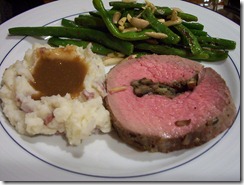 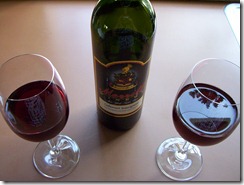 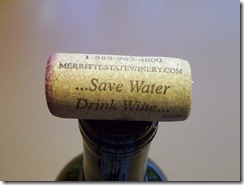 Homemade Marshmallows: To make the mini marshmallows, I spread the "goo" on a prepared cookie sheet instead of the labor intensive piping that Alton Brown suggests. 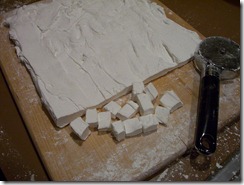 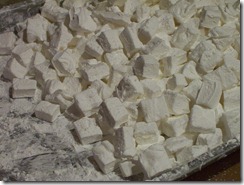 Posted by Sarah Berridge at 9:00 PM